On October 3 - 4, 2015, BarCampMilwaukee 10 will be the most fun event happening in Wisconsin!

I urge every NE Wisconsin civic hacker who currently has that Saturday or Sunday (or both) to register today for BarCampMilwaukee (It’s FREE!) and to participate in this tech unconference.


“BarCamp Chicago 2006 (15 - 16 July) is explained on its website as "ad hoc un-conference for technology skillz trade." Although not a coder, I'm planning to participate in BarCamp Chicago because I'm going to work with others to organize a barcamp-type unconference in Wisconsin, albeit one that's less focused on hard-core tech. It's probably a good idea to be involved in an unconference before planning one, just to get some experience and figure out some things to emulate and some things
to do a little differently.” 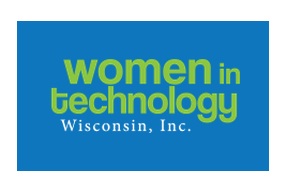 What the last sentence in the above excerpt means is that a group of women from Women In Technology, Wisconsin\ should consider participating in BarCampMilwaukee 2015. The group has expressed high interest in organizing an unconference for their members. BarCampMilwaukee will be a great opportunity for them to get a taste of what’s involved. They can even raise their hands to help prepare for the October 3 - 4 event. I can connect them with Dan and Paul, the two organizers of BarCampMilwaukee. The NE Wisconsin tech women can help Dan and Paul with a variety of preparation activities, including items like (A) making hundreds of women aware of the event, both in the 18 counties of the New North and in other parts of Wisconsin and the midwest, and (B) helping Dan and Paul recruit sponsors to support the event.

Anyone else that wants to help Dan and Paul prep for BCMke 10 should start doing so. At a minimum you should let at least three other tech people know about BarCampMilwaukee. And if your schedule for that weekend allows, you should register today. If you need more ideas on how to help make the event fun and memorable, let me know.

A BarCamp is a technology unconference. The ‘bar’ part of BarCamp refers to the foo and bar terms used in computer programming examples. The ‘camp’ part of the name refers to the fact that many of the early BarCamps were multi-day events, and lots of people did, in fact, camp overnight in tents. I spent the night in a tent at a number of BarCamps in Milwaukee and other places, although many BarCamps these days are single day events, or multi-day with no tents.

However, this year’s BCMke organizers assured me barcampers are encouraged to bring and use their tents (if you plan to sleep Saturday night, which I do). Contact them if you have questions regarding the details of camping at BCMke 10. 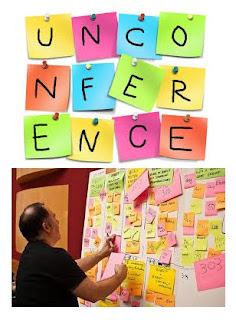 As for understanding the ‘unconference’ part of this event, I’ll just reiterate my 2006 recommendation -- read Dave Winer’s post “What is an unconference?” What he said is no less true today than it was then, including this excerpt:


“...First, you take the people who used to be the audience and give them a promotion. They’re now participants. Their job is to participate, not just to listen and at the end to ask questions. Then you ask everyone who was on stage to take a seat in what used to be the audience. Okay, now you have a room full of people, what exactly are they supposed to do?...

Real reporters are often the best discussion leaders. Put your DL at the front of the room, with a mike in hand. A couple of people roam the room with handheld wireless mikes to put in the face of the people who are speaking. No one lines up for a mike. Think Donahue or Oprah. The DL’s job is is to craft a story from the expertise in the room. Everyone is a source, about to be interviewed by someone who’s listening. The DL may actually call on people, so no one should get the idea that they can fall asleep or daydream. Pay attention, you might be the next speaker!...”

Sign up for BarCampMilwaukee today! And invite at least three other civic hackers or tech people to participate in the event with you…